SLOW AND STEADY WINS the Race is a clothing and accessory label that by its mere existence comments on the state of contemporary fashion. Why does fashion need to constantly change? Is fashion always intrinsically elitist? And how can you make ‘the best, for the most, for the least’? Presented as a ‘bimonthly clothing diary,’ Slow and Steady Wins the Race acts as a sort of classification of ideas revolving around the question of what we wear and why we wear it. By reinterpreting our everyday wardrobe, designer Mary Ping aims to create sartorial design classics that are ‘timely and timeless, unique and universal.’ As those of us who love clothing already know, it’s hard to talk about the fashion industry in a new way; its rigid and hierarchical system doesn’t lend itself easily to alternative business models. Nevertheless, the season-less, classic and accessible pieces from the ever-growing Slow and Steady Wins the Race archive offer a reminder to keep questioning the system, to never stop asking ‘why?’ 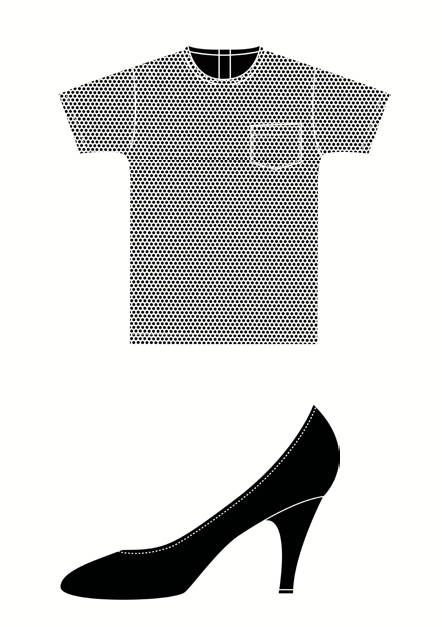 Idealistically power should lie in the origins of creativity. A true and clear vision is ultimately a source of power. Realistically however, we’re dealing with a much more complicated organism. Fashion has its own ecology, built on a hierarchy of psychological and cultural relationships, with a bit of internal politics thrown in for good measure. Right now, power in fashion boils down to economic power. Not only do bigger companies have the ability—based on financial strength—to influence, giving them the capacity to steer everything in their direction, but the fashion industry is also devoid of any market category: Nike is as powerful as LVMH. This is nothing new, but people are more aware of it today. There are many more communication channels now, and companies are able to harness information to a greater extent, and the goal seems to be about dominating the masses. The more you sell, the better in other words. The strategy appears to be to constantly conquer new markets to find new consumers. So with this in mind, I’d say that the consumer also has substantial power: the power of where and how to spend our money. This power can be positive, if handled correctly, with the right information and moral codes. It’s up to each of us, as producers and as consumers, to decide how to use that power responsibly. I’m a true believer in the idea that good design can better the world. a well-designed teacup for instance has universal appeal; a design classic doesn’t need to go on sale or out of fashion. This is the concept behind Slow and Steady Wins the Race too; what we do exists as a sort of testament to the idea that good design is always relevant. I want our oeuvre to serve as a sort of constantly evolving archive so every piece we’ve ever made is always available to buy. We don’t design according to the seasons; instead we produce our pieces at a steady year-round pace to highlight the temporal nature of contemporary fashion. We also take care to make our pieces in simple fabrics and to keep our costs down to show that high design can, and should, be accessible to everyone. Designers are always trying to pursue what’s next and what’s new, so the most challenging aspect of my work is to design a be-all-end-all piece of clothing. I would love to design a new classic. I’d say that, with these intentions in mind, Slow and Steady Wins the Race exists as a body of work, a living library of wardrobe basics, interpreted in a way that is timely and timeless. It’s a conceptual interpretation of everything that you would find in a closet. We’re trying to give ordinary garments an iconic appeal by taking clothes that everyone wears—a classic ballet flat, a white T-shirt, a simple tote bag—and proposing the most archetypal version of that. It’s a lexicon of products. I’d like to think that if there was a universal dictionary of garments and we opened it at ‘T’ for ‘tote bag,’ the Slow and Steady Wins the Race design would come up. I want Slow and Steady Wins the Race to act as a sort of mirror to the fashion system, reflecting the forces at play in the industry. We aim to question certain parameters of the fashion system in order to create a considered response to the hyper-consumerist pace of contemporary culture. Our philosophy is that if you like something from us, and you want it again, you will always find it. We’re against the idea that fashion needs to change to remain significant. I believe that it’s only a matter of time before fashion reaches a boiling point—trends move so fast and are so cyclical today that it’s inevitable that at some point soon the pendulum is going to swing, and we will long for things that last again. Eventually we’re going to hit a critical mass of people getting frustrated or just overwhelmed with too many options, because regard- less of how exciting novelty can be, we also crave the familiar and constant—it makes us feel safe. 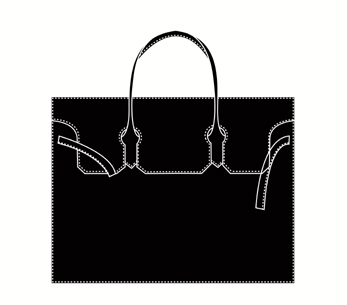 For me, the only way to move forward as a designer is to ask questions and propose answers that are clever, elegant and long-lasting. It’s my job is to propose something that is as close to the ‘right’ solution as possible. The designers Ray and Charles Eames had a perfect saying to define what’s democratic in design, which is ‘the best, for the most, for the least,’ I think that’s a great goal in talking about democracy of design. If you only stick to that, you’ll be fine.

This article was originally published in Vestoj On Fashion and Power.

Laura Gardner is Vestoj’s former Online Editor and a writer in Melbourne.

Dilan Walpola is a New York-based illustrator and designer, and founder of the namesake design practice.