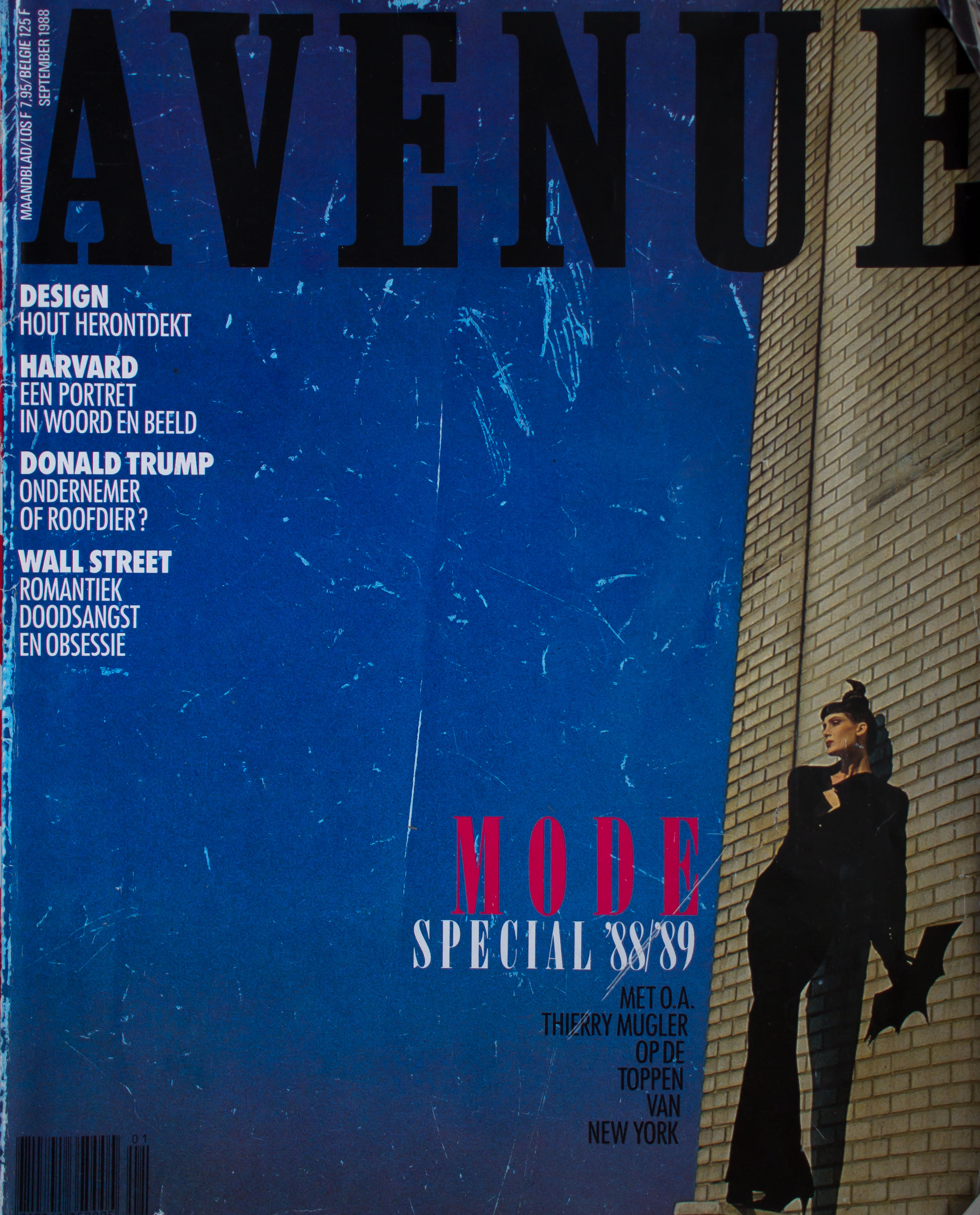 FASHION AND ARCHITECTURE ARE both telling symbols of the personal, social and cultural identity of an age, reflecting as they do, the concerns of the user as well as the ambitions of the era. The primary function of both fashion and architecture has always been to provide shelter and protection for the human body, but where architecture arguably appears to always strive for progress, fashion can be both unashamedly nostalgic and ephemeral. 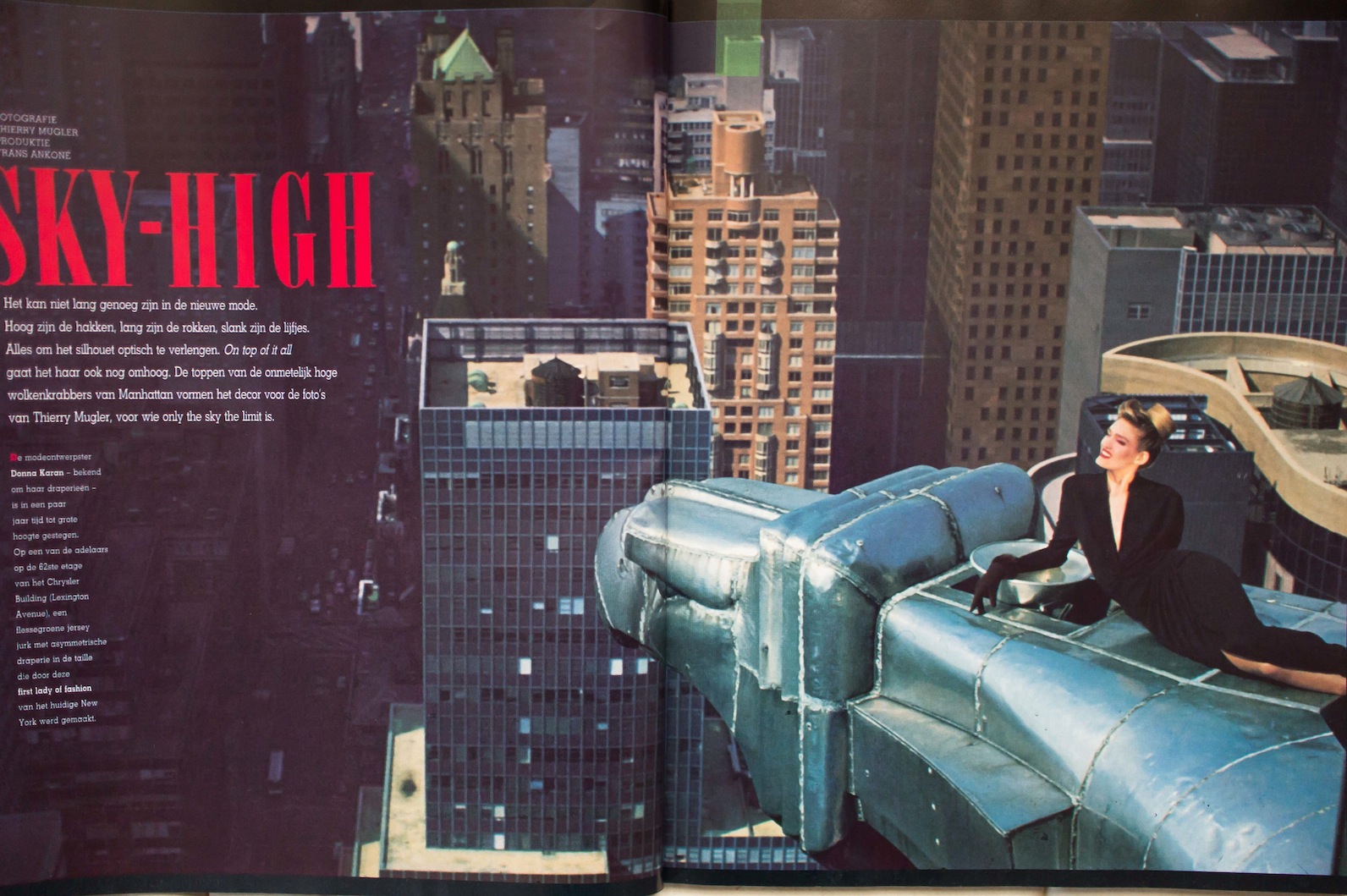 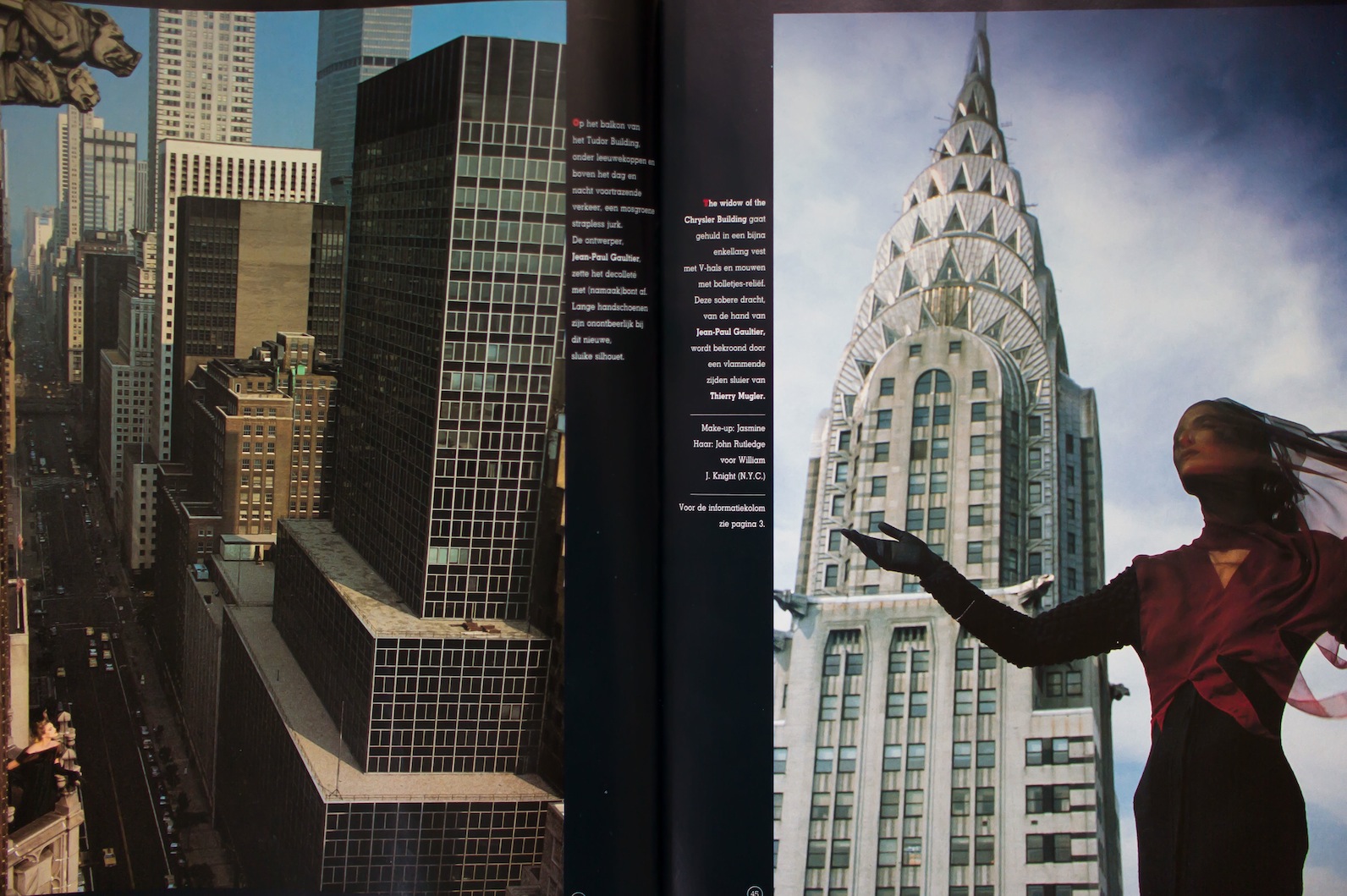 When dealing with a subject matter like power, the most obvious examples of fashion and architecture in modern-day culture is perhaps the so often lampooned massive shoulder pads of the 1980s and the mirror-glass skyscrapers of the same era – so much so that big shoulder pads and high rise buildings have become a cultural shorthand for strength and leadership. In other words, they are signs framed within a system of meaning that helps us understand and explain cultural and social practices.1 Created and perceived as symbols, these objects are captured in a system of meaning created by our society as a form of cultural embodiment. 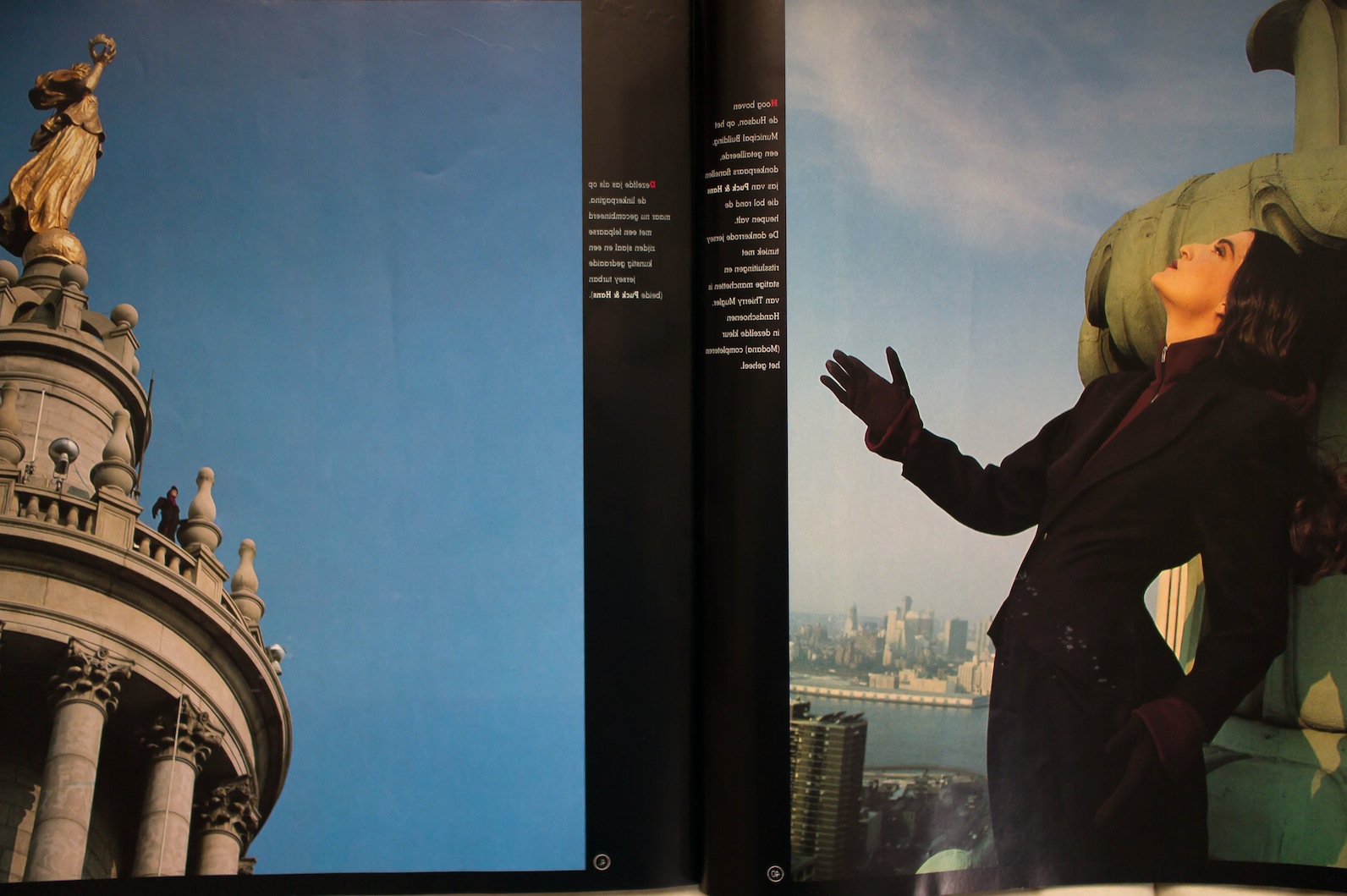 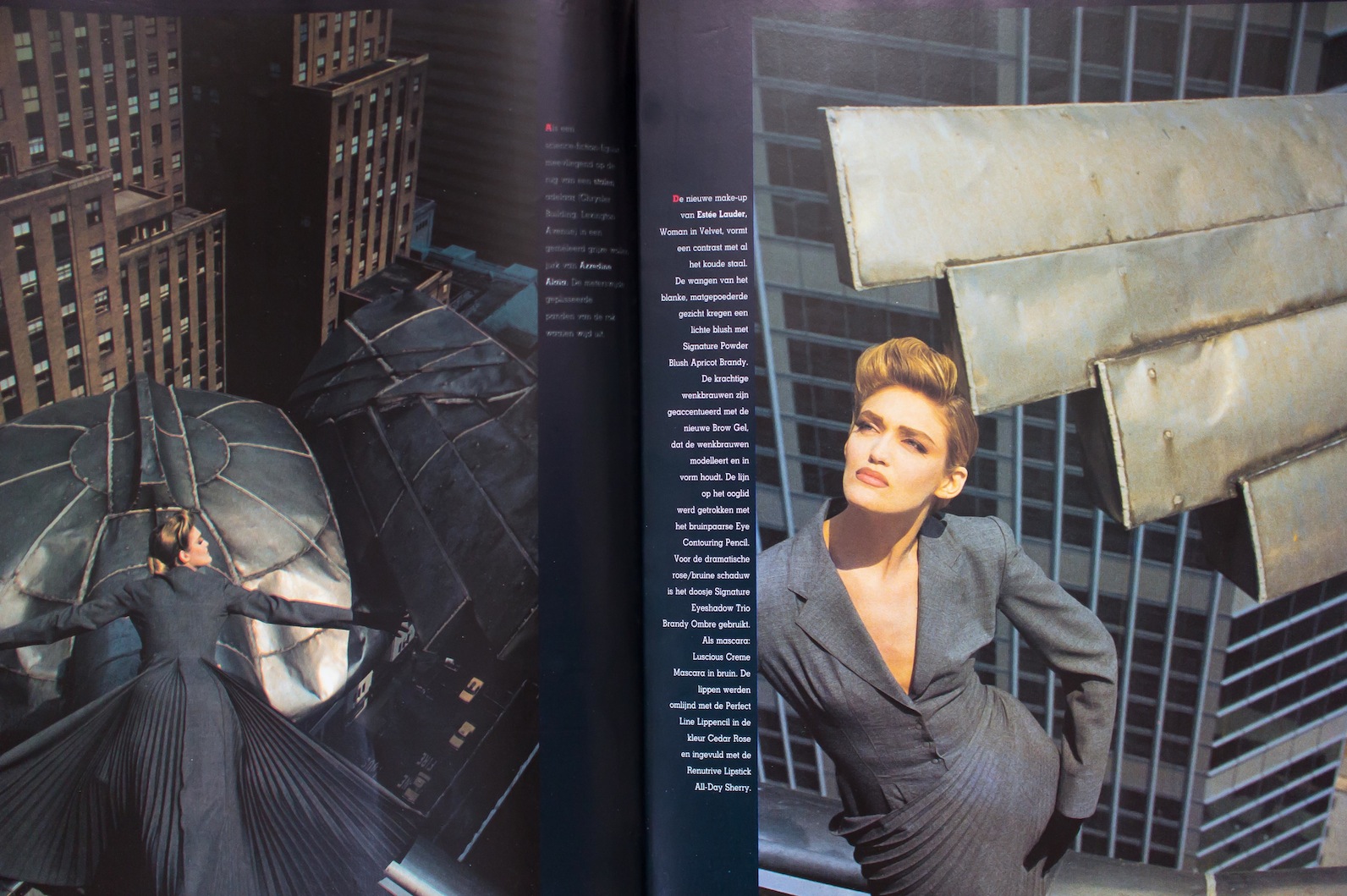 So what happens when the symbiotic relationship between fashion and architecture is portrayed in fashion photography? As the images of the following Thierry Mugler looks, commissioned by Dutch AVENUE magazine in 1988, show us, the result is meant to be as impressive and awe-inspiring as the objects on show. Echoing one another in form and appearance, chrome, glass, sharp angles and severe tailoring merge to put on a powerful spectacle for the benefit of the viewer

Considering the shape that female empowerment took in the 1980s, it comes as no surprise to see a photo shoot staged in the midst of the iconic architecture of New York City. Skyscrapers are after all phallic symbols that convey the social and cultural ideals of a city or country, in this case most obviously the wealth, success, strength and power of a patriarchal culture. In his Passagen-Werk, the philosopher Walter Benjamin wrote that ‘fashion and architecture belong to the dream consciousness of the collective’2 and considering the buoyant and confident mood of the era, it is no surprise that its most notorious symbols are as audacious as they are razor-sharp.

All images by Thierry Mugler from AVENUE magazine, September 1988.

Merel van der Toorn is a writer and researcher in contemporary fashion.