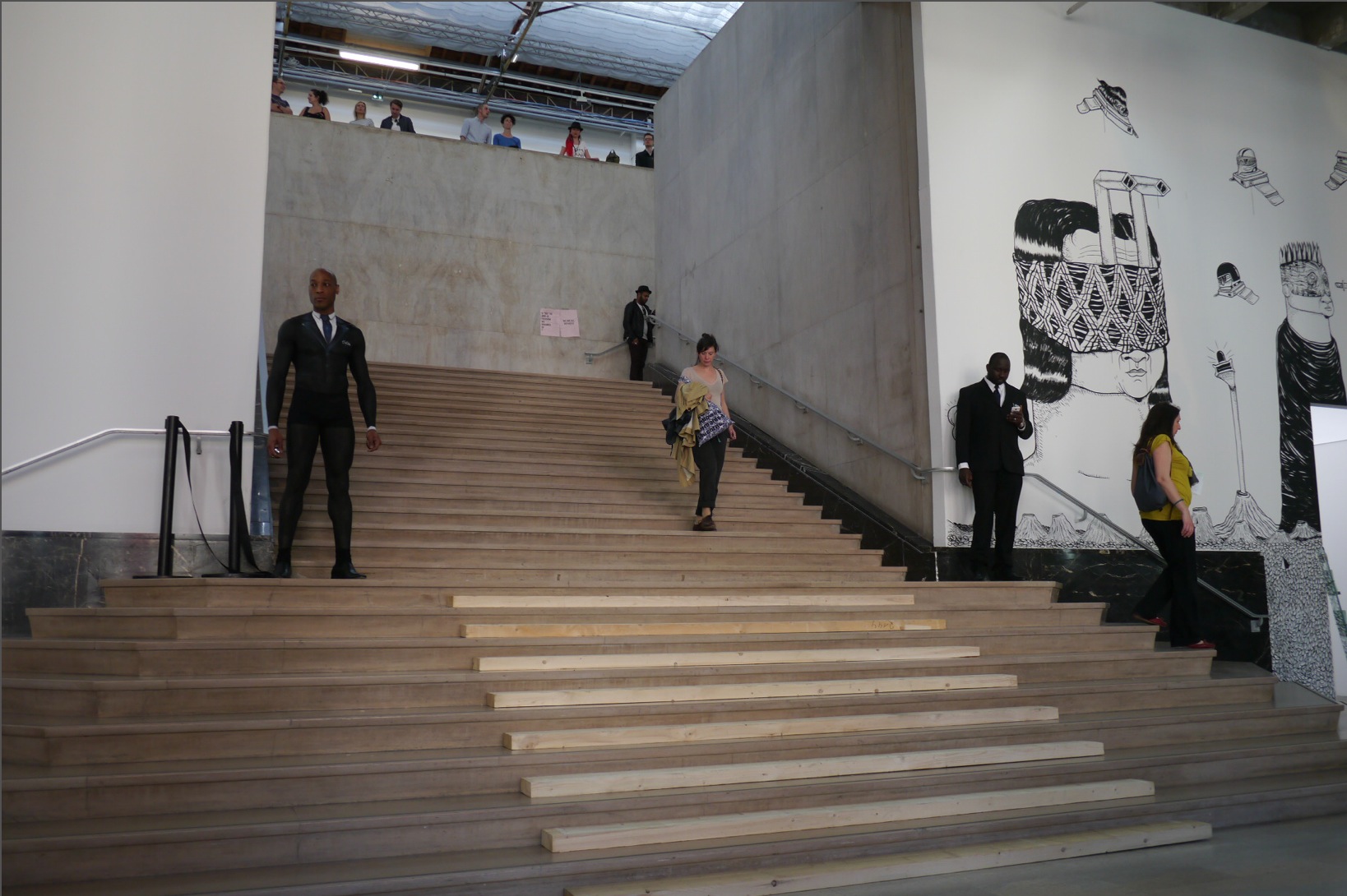 Power Dressing examines how clothes emphasise certain roles in power structures, and what happens to our expectations of those roles when these signifiers are altered. With this in mind, we looked at the official and unofficial uniforms that the Palais de Tokyo staff wear, with particular emphasis on the guards’ uniforms. These uniforms specifically appear to both camouflage their wearers (by visitors largely ignoring their presence) but also to give the guards power to tell visitors what to do or not to do around the artworks. Through painting an exact replica of the guards’ uniform on an actor’s naked body, we investigated the exercise of power on the guard that the imposition of the uniform represents. The trompe l’oeil uniform aims to explore the both hidden and exposed status of guards at a major art institution, and how this in turn comments on their socioeconomic status. The uniform is a symbol of power (i.e. the guard’s power) but it’s also a reciprocal exercise of power over him. It puts us as museum visitors in our place but also holds him in his. He is a museum guard. 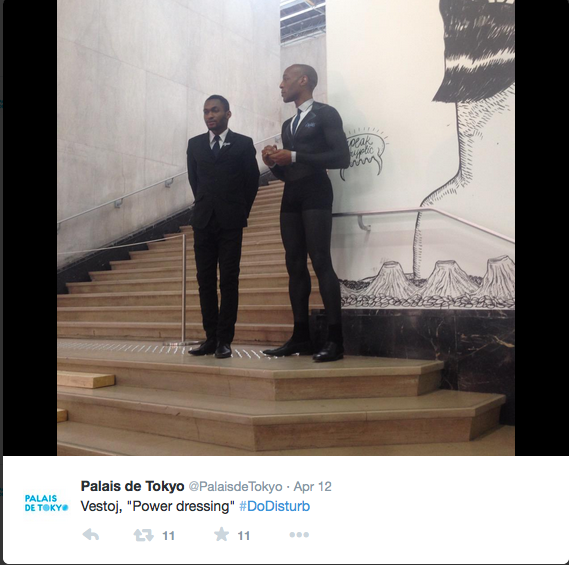 In collaboration with David Myron

Power Dressing was performed as part of Do Disturb at Palais de Tokyo, Paris, April 2015.