WHAT DOES POWER LOOK like? Who embodies it and how? These are a few of the questions posed in a series of interviews with individuals who each hold positions of relative power within their particular industry. What follows is neither an exhaustive look at powerful aesthetics, or an industry point of view, but rather a reflection on the breadth and colourful diversity with which power, authority and competence are visually communicated and embodied. As individuals we formulate an internal algorithm that takes into account context, body type, professional position, audience, and both written and unwritten rules. This formula is nuanced and elusive, demanding perpetual editing and real-time improvisation to successfully navigate the semiotics of self-presentation. Perhaps unsurprisingly, many people are uncomfortable talking about power, particularly in relation to their own personal appearance. Dealing with these matters is not a simple feat – but if it were easy, it wouldn’t be so powerful.

We presented the first instalment of this series in Vestoj‘s issue ‘On Fashion and Power’, published in October 2013. This, the second of six similar Q&As which will be published here throughout the following weeks, is a discussion about sartorial power with Michael Cruz, former student body president of Stanford University (2011–2012), California. 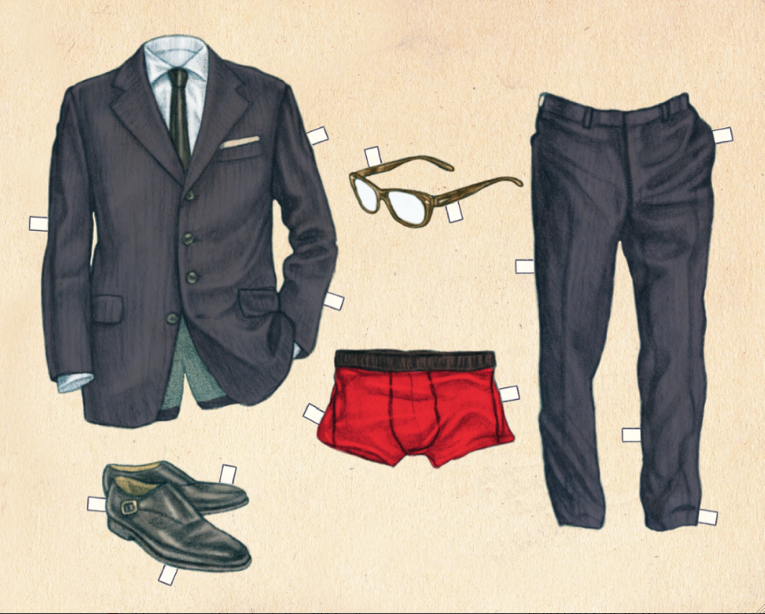 Michael: When I think of power, I think in two directions: One is the idea of having confidence. The other is more political or subtle, where they might not be exuding confidence, but it sits beneath the surface. There are a lot of ways to be a leader that can be reflected in people’s personalities. Body language and confidence can signify authority. This includes how their physicality is contextualised by the space – for instance, situating their body in the space they choose for a meeting, whether in a conference room, classroom, my office, etc. And the objects they choose to display in their office are also signals of power to me.

Anna: Is there anything in particular that signifies power when you see it?

Michael: Being a student body president is a very traditional position (though Stanford often feels like a very innovative and non-traditional environment). The way I see power is in terms of people owning their style, or having a consistent style. Like Steve Jobs, for instance – not necessarily an icon of mine, but a person who owns his own style. Mark Zuckerberg is another example. They are both people who use their clothing or image for the disruption of the traditional suit and tie.

Anna: What is your personal power uniform?

Anna: What would be a disempowering look for you?

Michael: Something like sweat pants and a T-shirt. That’s what I wear to disengage. I think that’s generally true for my compatriots in that environment. There’s a difference between owning a style and looking stylish. People who are fashionable might look good in sweatpants, but regardless of that, it doesn’t look good in this setting.

Anna: Were there any visual indicators of a power hierarchy that would tip you off to authority figures, the administration, other students, etc?

Michael: Yes. The visual indicator I saw was not just a suit or tie, but their ability to appear at ease in whatever they were wearing. There was a mid-level manager who always wore business suits – a skirt suit. I outranked her, and most people I worked with outranked her, but she always wore it. I felt she was using her dress to give herself more power than she actually had.

Anna: Do you think it worked in her favour?

Michael: Certainly in some settings, but not with me and the people I was working with.

Anna: Was that because she didn’t appear comfortable in it, or because her actions/capabilities didn’t align with the visual?

Michael: I think there was a cognitive dissonance, where what she reported to give was not what she could actually give. The reverse is also true: There was another person who dressed nicely, and wasn’t in a skirt suit or anything, but in nice clothing – like what Oprah might wear when she’s on her couch doing an interview. Her position was lower than the mid-level managers, but because of her confidence, she conveyed much more actual authority.

Anna Akbari is a writer and sociologist. She teaches at the department of Media, Culture and Communication at New York University.