CONTINUING ANNA AKBARI’S SERIES of conversations with individuals who each hold positions of relative power within their particular industry, the first instalment of which was published in Vestoj’s issue On Fashion and Power in October 2013, reveals the way we wear power within a workplace and position. What makes us look and feel powerful is an experience that is entirely specific and personal to an individual and their vocation, constructed in the subtle details and signifiers of dress – such as a retro iPhone, or vintage-style Warby Parker frames – that help to maintain propriety and confidence within the relevant industry. What follows in these Q&As, with Jason Evans, CEO of the IT company Stackpop, and the New York hotel and restaurant proprietor Jeff Pan, reveals the nuanced signifiers of power that are intrinsic to an individual’s work.

Jason Evans, Co-Founder and CEO of the New York-based IT company, Stackpop 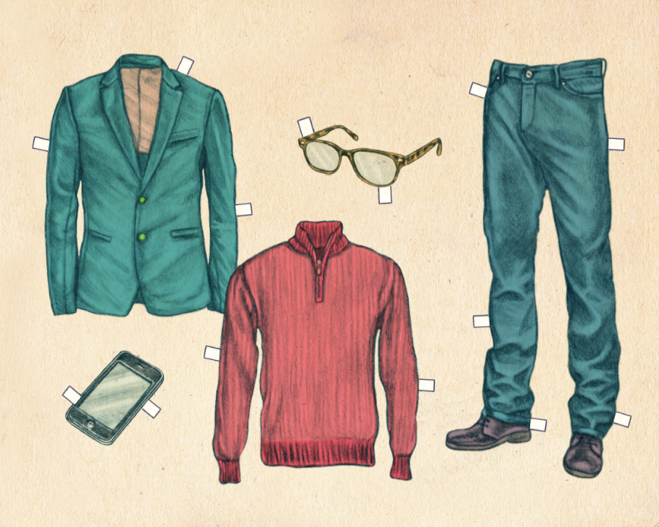 Jason: Power is the display of confidence when giving a pitch or talking about your company. It’s also about who wants to talk to you and who’s interested in what you’re saying. For instance, if the top Venture Capitalist at the party is waiting around to talk to you or spending more than five minutes with you, that’s a sign you’re doing something right. Engaging with and being seen with influential investors, customers and founders is powerful.

Jason: My good luck power uniform includes my Hugo Boss suede shoes, John Varvatos jeans (or black Paul Smith cords), a blazer, a retro iPhone (I never have the latest one). Shirt can vary – in the winter, usually a zip sweater. Mostly dark colours – blues and greens –  and I like to mix in pink (it’s a little bit disarming). If it’s a business meeting, I opt to wear my glasses: thick, vintage-inspired tortoise Warby Parker frames.

Anna: In your industry/position, what is the most disempowering look or visual?

Jason: A Dell laptop. A Metro-PCS phone. A traditional Wall Street suit with a tie – it typically can make entrepreneurs and tech folk feel like they’re not in touch with them. Our generation of buyers and product makers doesn’t like to feel sold to like it’s the early 2000’s. A suit with no tie is fine – but save the ties for jeans. It’s about mixing casual with polish. Too casual isn’t necessarily disempowering, but you have to be really smart to pull it off (and it helps if you can code).

Anna: Describe the power hierarchy in your industry, using only visual indicators.

Jason: Venture Capitalists are generally business casual (except for Dave McClure who always wears T-shirts). It’s still a sign of respect to not be too casual if you’re going into a meeting with an investor or customer. I don’t mandate any certain look amongst my team – I hold myself to a different, higher standard. (If the younger developer guys are not dressed up, it can actually give them a little street cred.) 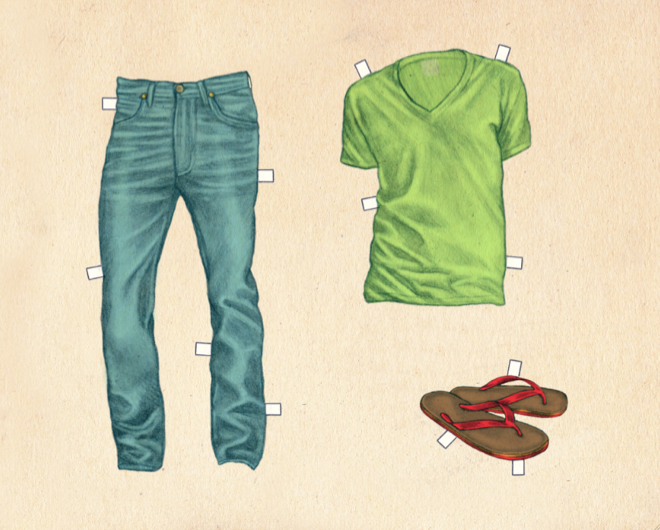 Jeff: Swagger and confidence equals power.  You can always immediately spot the owner of a restaurant or bar – always busy, but never hurried; always overwhelmed, but never flustered.

Jeff: Unfortunately, you’ll be disappointed that I don’t fit a stereotype of a stylish entrepreneur packing a skinny tie. Instead, think of the male version of Liz Lemon from 30 Rock. I’m usually in flip-flops and a T-shirt since I’m in the office by myself 90% of the time.

Anna: In your industry/position, what is the most disempowering look or visual?

Jeff: A flip phone, paper notebook, or anything else that screams ‘disorganised’. We’re in an industry that requires you to stay on top of a thousand moving parts, and there’s a distinct line between the new-school restaurateurs (who are constantly innovating and experimenting) and the old-school restaurateurs (who are still doing things like blocking Amex). It’s hard to take the old-school guys seriously.

Anna: Describe the power hierarchy in your industry, using only visual indicators.

Jeff: One of the unique ways we run Skytown is by disrupting the typical service industry hierarchy.  Most places have a very distinct class system: the entitled bartender at the top, the front-of-house staff in the middle, the invisible kitchen staff, and then the lowly busser/barbacks. It creates some uncomfortable dynamics, so we did away with it by rotating our staff. Our bartenders and barbacks will rotate throughout the week, so we never get some people feeling like they’re ‘better’ than another staffer. It creates a healthy relationship and gets everybody feeling like they’re part of a winning team. The beauty of the flat hierarchy is that it essentially removes all the visual indicators – you’ll never know if the person clearing your table is the bartender, a busser or the owner of a restaurant.

Anna Akbari is a writer and sociologist. She teaches at the department of Media, Culture and Communication at New York University.