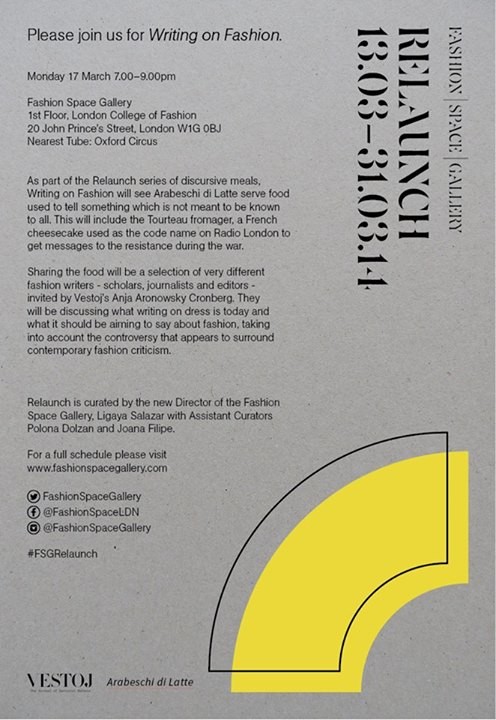 While sharing a meal themed around ‘reading between the lines’, Grazia’s Melanie Rickey, Disegno’s Johanna Agerman, Bon’s Madelaine Levy, Susanna Lau of Susie Bubble, Tamsin Blanchard of the Telegraph and scholars Elizabeth Wilson and Caroline Evans talked about the difficulties of negotiating editorial freedom and commercial dependence, how to bridge theory and practice in fashion and what writing about dress should aim to say about fashion today. 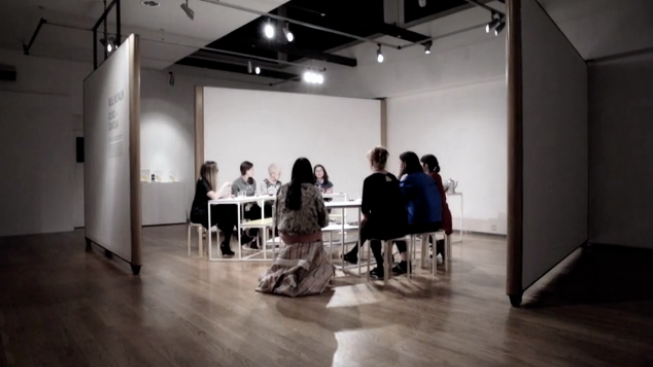 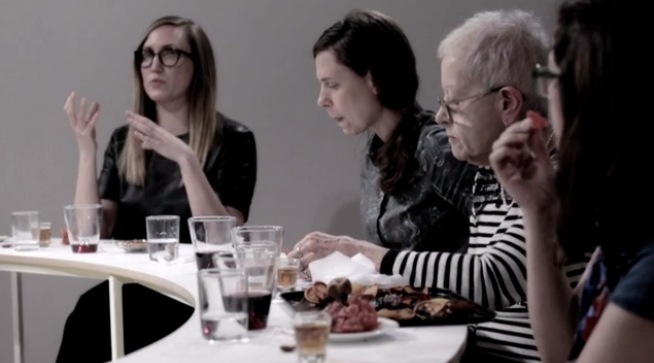 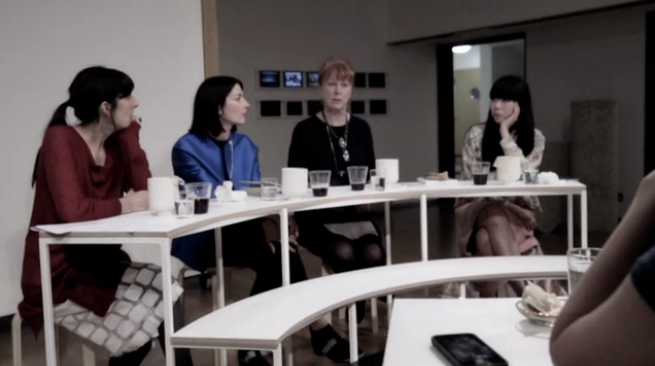 Vestoj’s Discursive Dinner was hosted and produced by the Fashion Space Gallery in London, March 2014.