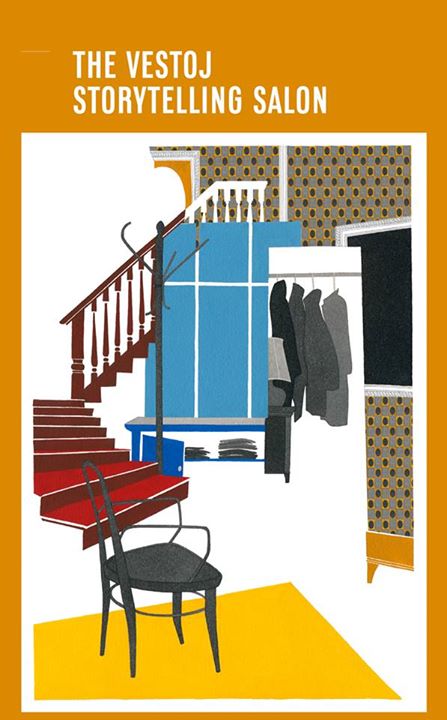 Discarded garments reflect our history, becoming tangible material memories of times past, love lost or found, disappointments endured or victories won. These lost objects of desire could be read as a map to our past, momentarily resurrected and brought back to life once more. Textile memento moris are tactile, ever-present reminders of a culture in perpetual flux and of our transience, yet at the same time they provide a comforting aide memoire, reassuring us that, to paraphrase Victor Hugo, history is merely an echo of the past in the future; a reflex from the future in the past.

These were some of the thoughts that led to the first part in the Vestoj Storytelling Salon which took place in Paris in April 2014. Throughout the duration of one day six individual stories were told, all linked through their common narrative based on material memories. Each story was created in collaboration with the storyteller, directly affiliated with the life of the narrator and woven around or linked to a garment or object. An account of the intersection of our clothing and our past, stories like these are, we think, what ensure that the past is always carried with us into the future.

Each storyteller was a ‘fashion professional’ and someone who had dedicated their life to the intimate study of dress. Their stories were told to small groups of listeners at regular intervals throughout the day. Taking care to avoid barriers between storytellers and audience, the response of the listeners influenced and informed the ebb and flow of the stories themselves, making them open to change. In this way the listener became in effect a co-creator of each story as it was being experienced.

To emphasise the importance of intimacy and traditional storytelling, each listener was asked not to use their phones, record or take photographs. Instead, illustrator Bénédicte Muller moved from room to room with the audience, making life drawings as the stories unfolded throughout the day. Apart from the record that word of mouth provides, these illustrations became the only documentation of the event. 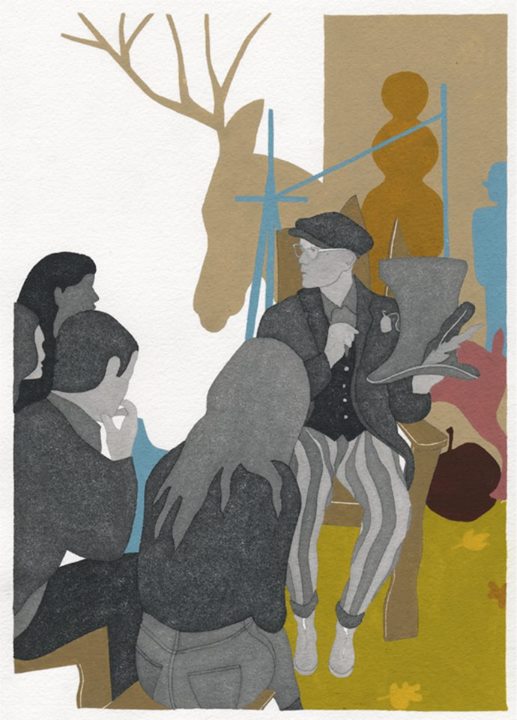 Set designer and magical practitioner Simon Costin tells the audience about British folklore and the talismanic objects he keeps in his hat. 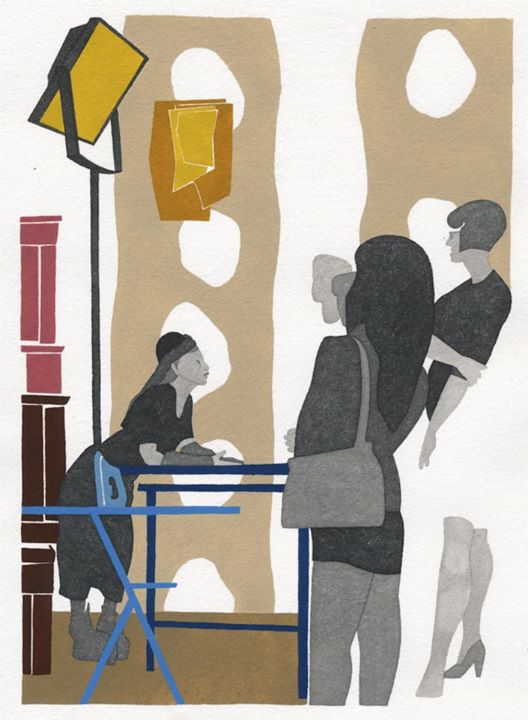 Michèle Lamy, the wife and partner of Rick Owens musing on the first dress Owens ever made for her, and the shift from colleagues to lovers that this dress signified. 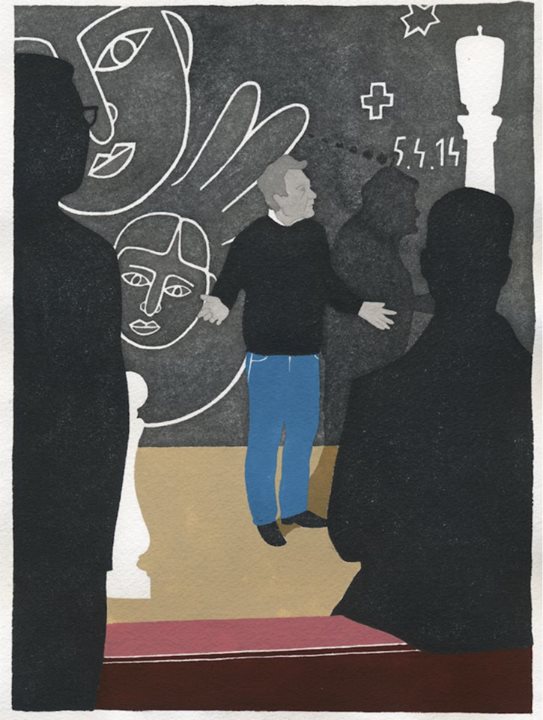 The designer Jean Charles de Castelbajac making the audience laugh while painting the walls and talking about the cloak he made for Pope John Paul II in 1997. 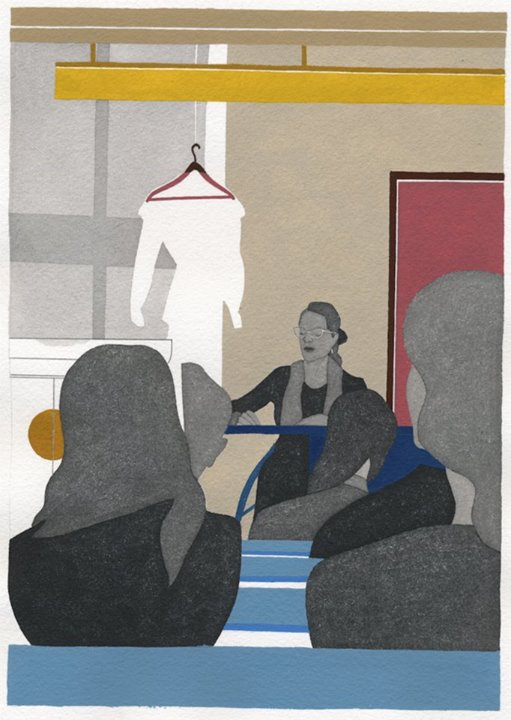 Frances Corner, Head of College at London College of Fashion, telling the story about her wedding dress, and what it said (and still says) about her as a woman, wife and scholar. 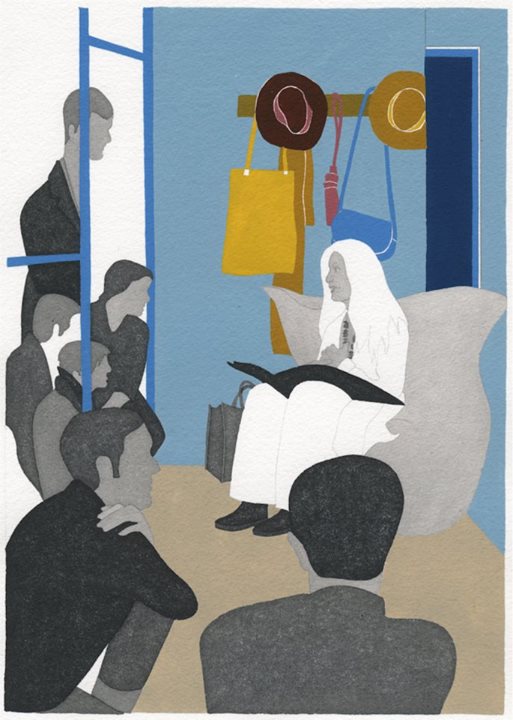 The model Ingmari Lamy talking about the first shoot she did with photographer Bob Richardson in 1968 – and the unrequited love story that followed. 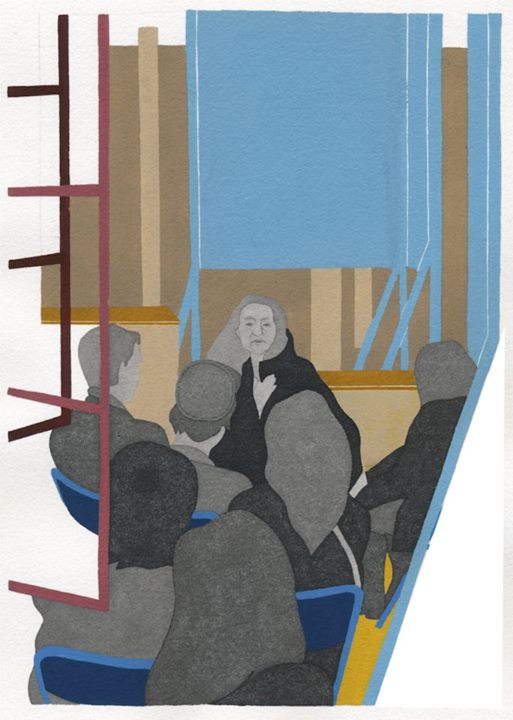 Former Creative Director at Yohji Yamamoto, Irene Silvagni telling the story about how a coat, designed and given to her by Yamamoto, reawakened memories of a childhood spent in hiding during the Second World War.

The Vestoj Storytelling Salon was hosted and produced by the Fondation Galeries Lafayette, and performed in Paris, April 2014.

All illustrations by Bénédicte Muller