An excerpt from chapter three on ‘Old Clothes’, from Sartor Resartus (translated as ‘the tailor re-tailored), a partly fictional novel by Thomas Carlyle and the first text to offer a philosophy of clothes. Published in 1836, the title has since become an idiosyncratic, but significant departure point for writing on fashion and dress. 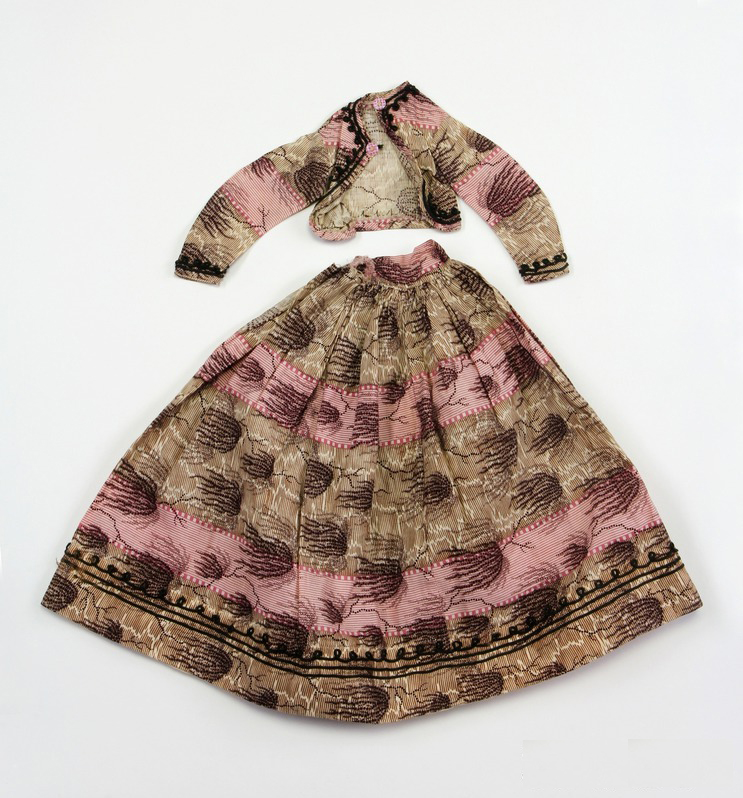 AS MENTIONED ABOVE, TEUFELSDROCKH, though a Sansculottist, is in practice probably the politest man extant: his whole heart and life are penetrated and informed with the spirit of politeness; a noble natural Courtesy shines through him, beautifying his vagaries; like sunlight, making a rosyfingered, rainbow-dyed Aurora out of mere aqueous clouds; nay brightening London-smoke itself into gold vapor, as from the crucible of an alchemist. Hear in what earnest though fantastic wise he expresses himself on this head: –

‘Shall Courtesy be done only to the rich, and only by the rich? In Good-breeding, which differs, if at all, from High-breeding, only as it gracefully remembers the rights of others, rather than gracefully insists on its own rights, I discern no special connection with wealth or birth: but rather that it lies in human nature itself, and is due from all men towards all men. Of a truth, were your Schoolmaster at his post, and worth anything when there, this, with so much else, would be reformed. Nay, each man were then also his neighbor’s schoolmaster; till at length a rude-visaged, unmannered Peasant could no more be met with, than a Peasant unacquainted with botanical Physiology, or who felt not that the clod he broke was created in Heaven.

‘For whether thou bear a sceptre or a sledge-hammer, art not thou ALIVE; is not this thy brother ALIVE? ‘There is but one temple in the world,’ says Novalis, ‘and that temple is the Body of Man. Nothing is holier than this high Form. Bending before men is a reverence done to this Revelation in the Flesh. We touch Heaven, when we lay our hands on a human Body.’ 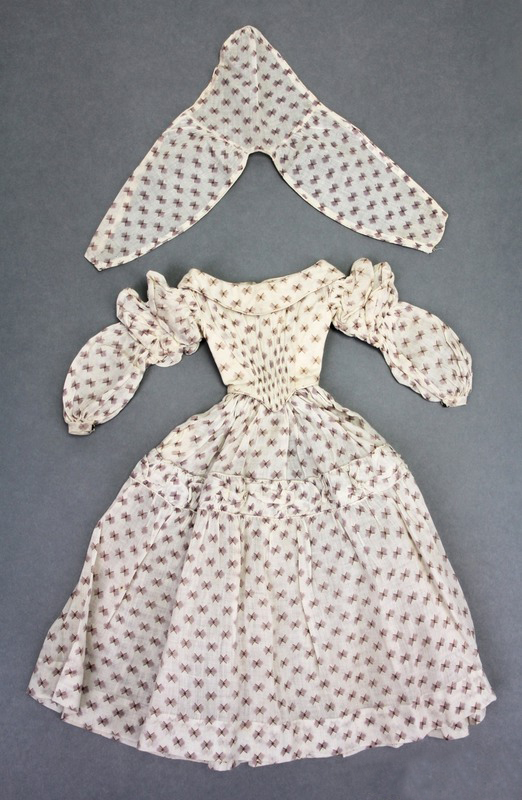 ‘On which ground, I would fain carry it farther than most do; and whereas the English Johnson only bowed to every Clergyman, or man with a shovel-hat, I would bow to every Man with any sort of hat, or with no hat whatever. Is not he a Temple, then; the visible Manifestation and Impersonation of the Divinity? And yet, alas, such indiscriminate bowing serves not. For there is a Devil dwells in man, as well as a Divinity; and too often the bow is but pocketed by the former. It would go to the pocket of Vanity (which is your clearest phasis of the Devil, in these times); therefore must we withhold it.

‘The gladder am I, on the other hand, to do reverence to those Shells and outer Husks of the Body, wherein no devilish passion any longer lodges, but only the pure emblem and effigies of Man: I mean, to Empty, or even to Cast Clothes. Nay, is it not to Clothes that most men do reverence: to the fine frogged broadcloth, nowise to the “straddling animal with bandy legs” which it holds, and makes a Dignitary of? Who ever saw any Lord my-lorded in tattered blanket fastened with wooden skewer? Nevertheless, I say, there is in such worship a shade of hypocrisy, a practical deception: for how often does the Body appropriate what was meant for the Cloth only! Whoso would avoid falsehood, which is the essence of all Sin, will perhaps see good to take a different course. That reverence which cannot act without obstruction and perversion when the Clothes are full, may have free course when they are empty. Even as, for Hindoo Worshippers, the Pagoda is not less sacred than the God; so do I too worship the hollow cloth Garment with equal fervor, as when it contained the Man: nay, with more, for I now fear no deception, of myself or of others. 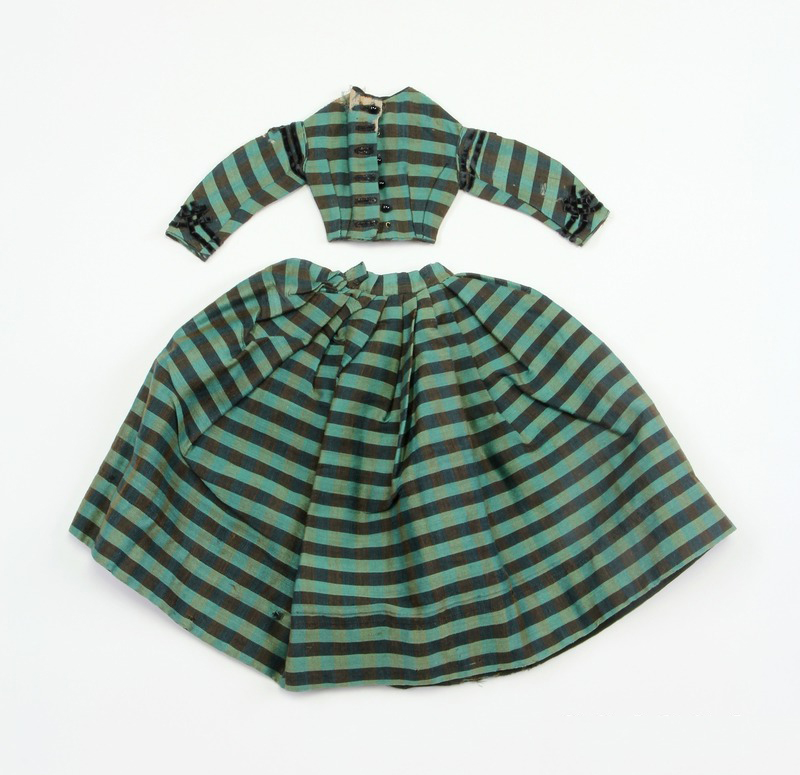 ‘Did not King Toomtabard, or, in other words, John Baliol, reign long over Scotland; the man John Baliol being quite gone, and only the ‘Toom Tabard’ (Empty Gown) remaining? What still dignity dwells in a suit of Cast Clothes! How meekly it bears its honors! No haughty looks, no scornful gesture: silent and serene, it fronts the world; neither demanding worship, nor afraid to miss it. The Hat still carries the physiognomy of its Head: but the vanity and the stupidity, and goose-speech which was the sign of these two, are gone. The Coat-arm is stretched out, but not to strike; the Breeches, in modest simplicity, depend at ease, and now at last have a graceful flow; the Waistcoat hides no evil passion, no riotous desire; hunger or thirst now dwells not in it. Thus all is purged from the grossness of sense, from the carking cares and foul vices of the World; and rides there, on its Clothes-horse; as, on a Pegasus, might some skyey Messenger, or purified Apparition, visiting our low Earth. 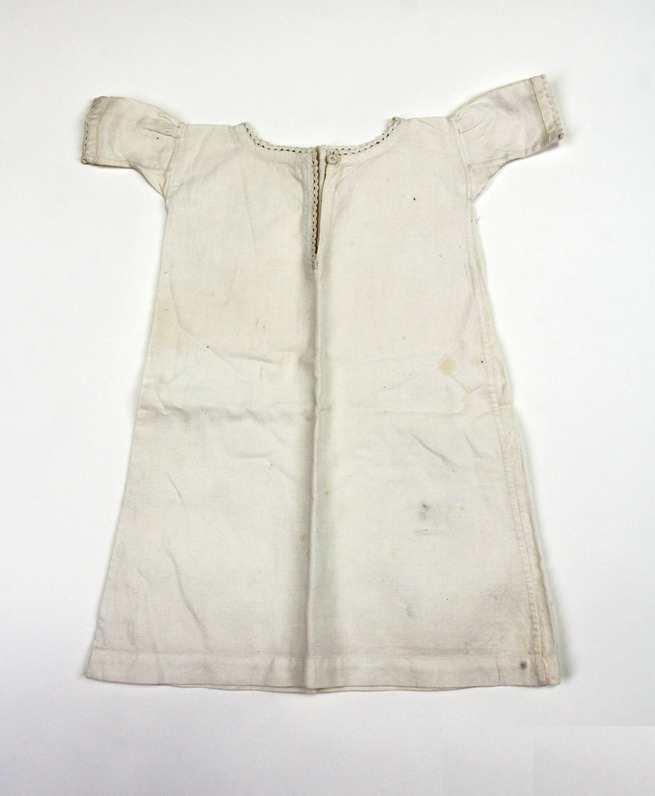 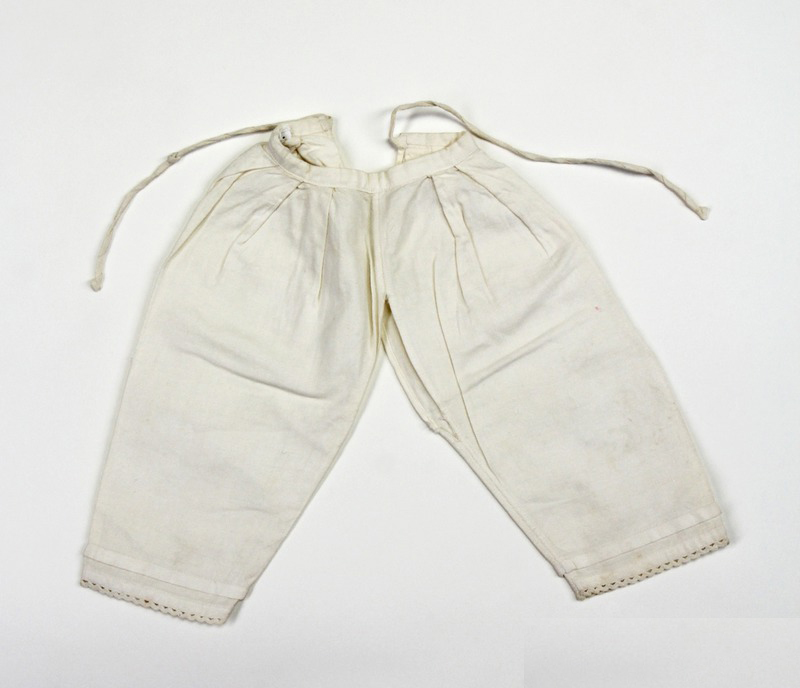 ‘Often, while I sojourned in that monstrous tuberosity of Civilized Life, the Capital of England; and meditated, and questioned Destiny, under that ink-sea of vapor, black, thick, and multifarious as Spartan broth; and was one lone soul amid those grinding millions; – often have I turned into their Old-Clothes Market to worship. With awe-struck heart I walk through that Monmouth Street, with its empty Suits, as through a Sanhedrim of stainless Ghosts. Silent are they, but expressive in their silence: the past witnesses and instruments of Woe and Joy, of Passions, Virtues, Crimes, and all the fathomless tumult of Good and Evil in ‘the Prison men call Life.’ Friends! trust not the heart of that man for whom Old Clothes are not venerable. Watch, too, with reverence, that bearded Jewish High-priest, who with hoarse voice, like some Angel of Doom, summons them from the four winds! On his head, like the Pope, he has three Hats, – a real triple tiara; on either hand are the similitude of wings, whereon the summoned Garments come to alight; and ever, as he slowly cleaves the air, sounds forth his deep fateful note, as if through a trumpet he were proclaiming: ‘Ghosts of Life, come to Judgment!’ Reck not, ye fluttering Ghosts: he will purify you in his Purgatory, with fire and with water; and, one day, new-created ye shall reappear. Oh, let him in whom the flame of Devotion is ready to go out, who has never worshipped, and knows not what to worship, pace and repace, with austerest thought, the pavement of Monmouth Street, and say whether his heart and his eyes still continue dry. If Field Lane, with its long fluttering rows of yellow handkerchiefs, be a Dionysius’ Ear, where, in stifled jarring hubbub, we hear the Indictment which Poverty and Vice bring against lazy Wealth, that it has left them there cast out and trodden under foot of Want, Darkness and the Devil, – then is Monmouth Street a Mirza’s Hill, where, in motley vision, the whole Pageant of Existence passes awfully before us; with its wail and jubilee, mad loves and mad hatreds, church-bells and gallows-ropes, farce-tragedy, beast-godhood, – the Bedlam of Creation!’ 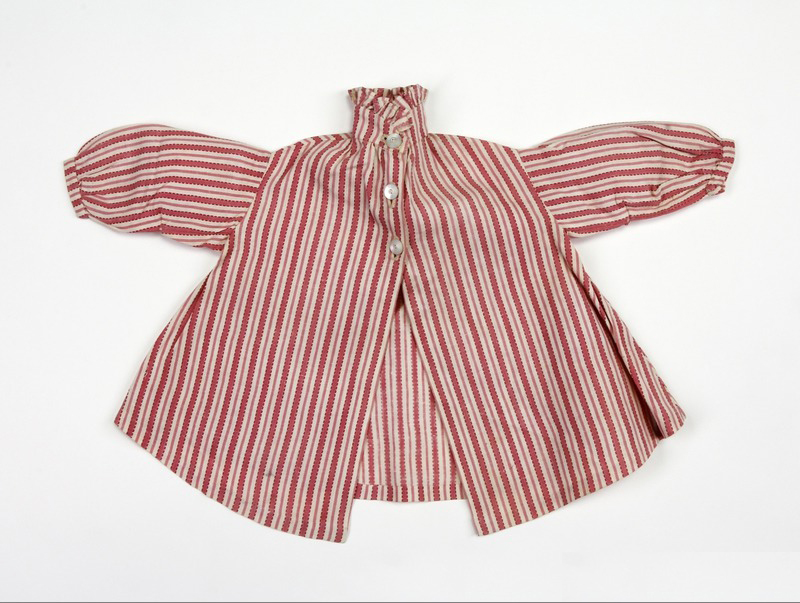 To most men, as it does to ourselves, all this will seem overcharged. We too have walked through Monmouth Street; but with little feeling of ‘Devotion’: probably in part because the contemplative process is so fatally broken in upon by the brood of money-changers who nestle in that Church, and importune the worshipper with merely secular proposals. Whereas Teufelsdrockh, might be in that happy middle state, which leaves to the Clothes-broker no hope either of sale or of purchase, and so be allowed to linger there without molestation. – Something we would have given to see the little philosophical figure, with its steeple-hat and loose flowing skirts, and eyes in a fine frenzy, ‘pacing and repacing in austerest thought’ that foolish Street; which to him was a true Delphic avenue, and supernatural Whispering-gallery, where the ‘Ghosts of Life’ rounded strange secrets in his ear. O thou philosophic Teufelsdrockh, that listenest while others only gabble, and with thy quick tympanum hearest the grass grow! 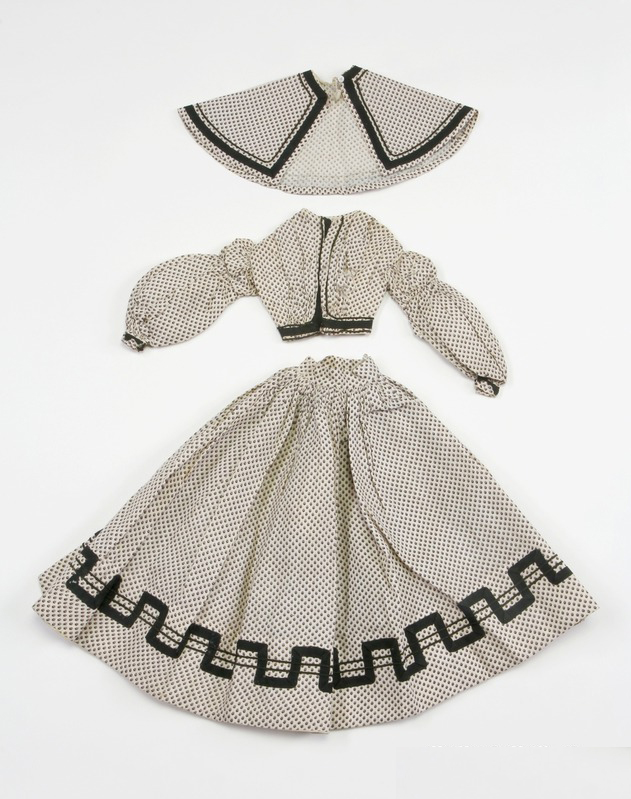 At the same time, is it not strange that, in Paper-bag Documents destined for an English work, there exists nothing like an authentic diary of this his sojourn in London; and of his Meditations among the Clothes-shops only the obscurest emblematic shadows? Neither, in conversation (for, indeed, he was not a man to pester you with his Travels), have we heard him more than allude to the subject.

For the rest, however, it cannot be uninteresting that we here find how early the significance of Clothes had dawned on the now so distinguished Clothes-Professor. Might we but fancy it to have been even in Monmouth Street, at the bottom of our own English ‘ink-sea’, that this remarkable Volume first took being, and shot forth its salient point in his soul, – as in Chaos did the Egg of Eros, one day to be hatched into a Universe!

All images from the collection of the Nordiska Museet, the Swedish history museum in Stockholm and are doll’s clothes from the mid-nineteenth century.

Text excerpted from chapter 3.6 of Sartor Resartus by Thomas Carlyle, 1836.