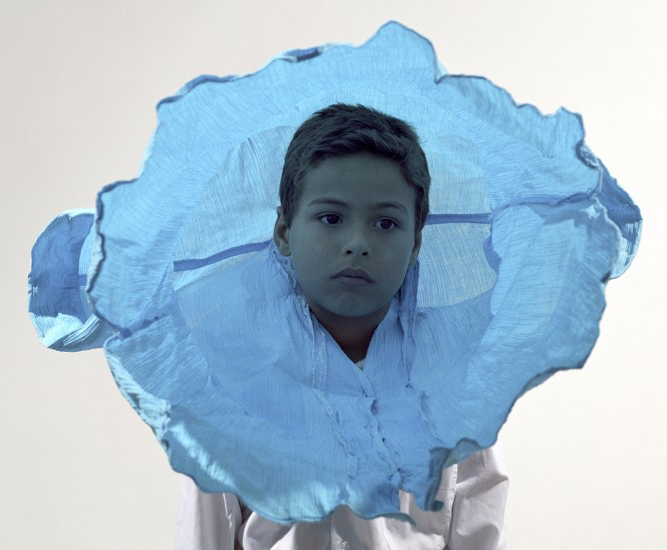 Most pockets were originally created to hold a specific item; a timepiece, a shot bird. To use the pocket on many garments forces an unbecoming bulge onto an otherwise flat silhouette, yet pockets were created to hold, to be filled. Historically, fashion has often demanded a sleeker figure, forcing our pockets into a sometime-disuse. Yet, if we have a pocket – and we always have a pocket – chances are we will be compelled to fill it.

What looks best when not performing its function? Pockets, in some cases. And in some cases, places. Take Palm Springs. The desert isn’t meant to enliven green plants, hold numerous pools per capita or keep people excessively cool when outside temperatures boil. Yet we love it partly because it is founded on fantasy, a staunch and lavish insistence that a place looks best with its two extremes shoulder to shoulder. Places are pockets. Pockets are part of place. Writing a letter assumes the pocket, creates a secret lining, presses something to the world’s body of air separated by a thin piece of parchment.

The nature of the pocket is not limited to a garment, as our real reasons for dressing ourselves (pocketing ourselves and filling our pockets) never are.

To quantify a day, we break it into digestible portions, draw lines around the empty space therein, create rooms, pockets, to hold the time that will hold us, as we dictate or allow others to dictate. 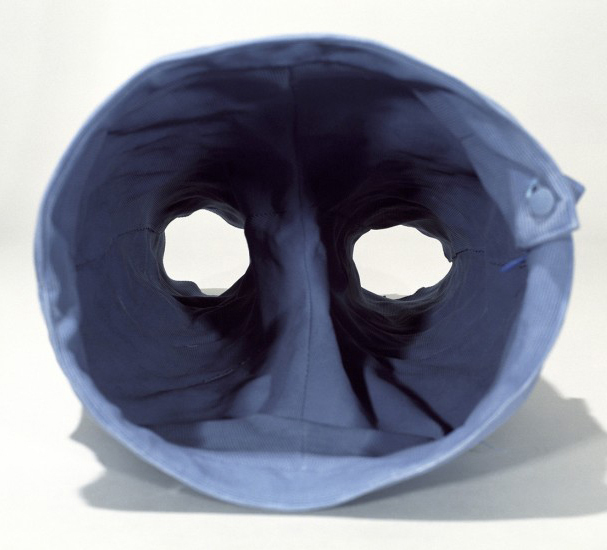 Memory is something we’ve pocketed, much like a good luck charm or extra change. We either chance upon the fifty cents gladly when we come up short or it rattles loudly to the floor and interrupts an otherwise welcome silence. The contents of our pockets break and bulge in ways we want and don’t want.

My friend Jack believes that women don’t have enough pockets. He sees pockets functioning as a status symbol of sorts. I interpret this to mean the more pockets you have the more power you have, because you have a life that allows you to hold more things in ways specifically suited to do so. To not have enough pockets is a kind of oppression.

When I walk
I part the air
and always
the air moves in
to fill the spaces
where my body’s been.

Pockets are representative of a present absence or of an absent presence. Of a sometimes-unbearable state of knowing where something could or would go, or did go.

Valleys are great open pockets; they hold differently depending on the hour and the angle of the sun. The valley at 1.15pm and the same valley at 6pm when it’s time to go home, or if staying, to change our relationship with it, are different places entirely. In Palm Springs the valleys come alive with misters when the mercury reaches a certain degree. In Oregon, the valleys lose their direct light and suddenly you are in a different room. The urge to create a shelter from the night valley rises up as do the clicks and chirps of birds and insects, coming alive in the cooler weather to feed. In Norway, northbound in late summer, the light lingers and fades only so far that it’s still silvery against the mountain peaks. That kind of light seems as if it’s balancing a place on a precipice. Holding it just barely, making the marble statues glow in the garden as the moon does when it is at its most bright. There, one may as well be in a space unattached to the rest of the world if only for the fjord, a kind of artery and highway. Pockets are an entire world, or a void of it.

Does a pocket hold a certain temporality? Does it remind us of our fleeting chance at being a certain way? Those ways one can only be when held by certain variables? Skins, jobs, friends, lovers, walls… Do we create space, emptying and filling it, so that we can keep living in cycles of motion? 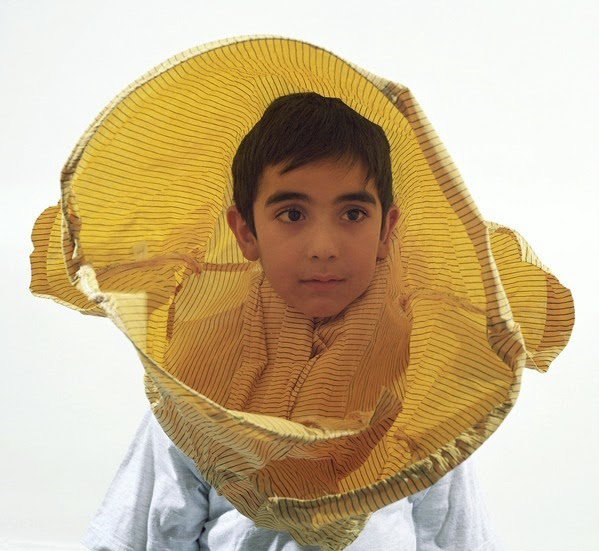 John Berger, in his book The Shape of a Pocket, offers up pockets as spaces of resistance created by acts or works of art and the artists’ lives themselves. The pockets in question are those spaces created when two entities come together and create a new space for engaging, or a platform, in the form of a painting or sculpture or letter. An entry point, found space, a place where perhaps one is able to explore subversion, in a culture or society rubbing up against the idea, or just not quite able to integrate it. These spaces are held to do and think something beyond the cultural norm.

Does a pocket resist? Or accept? If a pocket looks best when functioning as it’s not meant to then it can be seen both as accepting and resisting, simultaneously. Is a pocket then a kind of yin/yang space? A place where we both refuse and accept what it is meant for? And where such a refusal creates a kind of creative acceptance? Where it means rewriting function for the body? The personal body, the private body, on display but not publicly for display. The pocket rests in between.

The bathing suit creates pockets of air and water on the body, without asking to. In a landscape where there shouldn’t be room for pockets, there are. It stretches to create them. This suit with no pockets expands and contracts with the body, allowing air and water into spaces between the skin and the fabric, creating for itself a temporary, fleeting, transitional pocket, a pocket not given over to its status as such but resisting so that it will eventually return, because of gravity or pressure or movement, to its original shape, flush against the body. 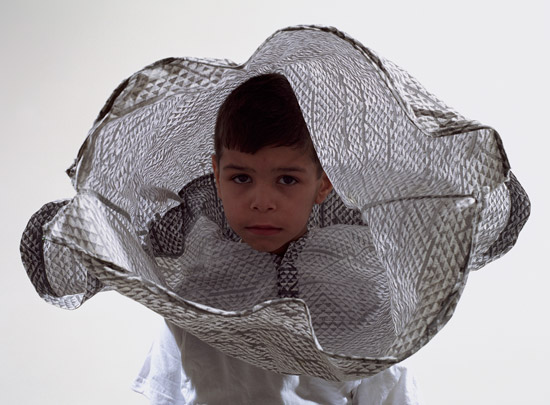 Pockets then are transitory spaces we fill and empty depending on gravity, on pressure. A pocket evokes images and feelings of suspension. A pocket also is protection, it’s the womb, it’s an offering, a hand, cupped, palm side up. It’s a cocoon, not meant to hold or preserve but to usher along, to transport, to protect for a moment until whatever it is inside is called upon for its intended use or disposal.

Scars, a kind of pocket in their own right, leave a hardened space below the body’s surface, which I sometimes think of as hollow. A hollow hardened space of air. Like some artefact stuck in feigned life in an amber sphere. A place we walk gently upon with someone else who matches its weight. The platform for the partner.

In this way, a pocket is never the heart, it’s the floating exit sign.

Veronica Martin is a poet, writer and photographer based in Portland, Oregon.

Patrick Tosani is an artist based in France, all images shown here are from his 2002 series ‘Territoires’.